Juliette N. Kayyem, on intergovernmental affairs, on counterterrorism, homeland security and emergency management arenas, serving in key positions both in and out of government.

Served as an advisor to Attorney General Janet Reno.

Kayyem served for President Obama as Assistant Secretary for Intergovernmental Affairs (IGA) at the Department of Homeland Security.

As Assistant Secretary, Kayyem was responsible for coordinated and consistent planning between the Department and all of its state, local , tribal and territorial (SLTT) partners on issues as varied as immigration, intelligence sharing, military affairs, border security, and the response to operational events such as H1N1, the Haiti earthquake and the BP oil spill. In the immediate aftermath of the BP oil spill, Kayyem was tasked to direct interagency and intergovernmental affairs for the National Incident Command, overseeing a diverse interagency and interdisciplinary staff for the White House and DHS to address unprecedented issues in the response, including public safety, public engagement, environmental remediation and legal compliance.

Juliette was a lecturer at Harvard’s John F. Kennedy School of Government, serving also as co-chair of the Dubai Initiative and as Executive Director of the School’s Belfer Center for Science and International Affairs.

Kayyem was a congressional appointee to the National Commission on Terrorism which, in early summer 2001, highlighted major gaps in planning and preparation for a possible terrorist attack.

She is also a member of the Council on Foreign Relations.

Kayyem served as an on-air analyst for NBC and MSNBC News.

Named a CNN/Fortune Magazine’s People to Watch, she is also the most senior Arab-American female appointee in the Obama Administration.

A graduate of Harvard College, Law School she is one of the brightest minds in the national security world. 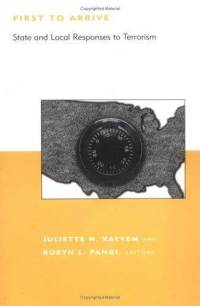