Ronald Charles Cey, nicknamed “Penguin“, is an American former professional baseball player. He played in Major League Baseball as a third baseman, most notably as an integral member of the Los Angeles Dodgers teams that won four National League pennants and one World Series championship. A six-time All-Star, Cey was named the World Series MVP after leading the Dodgers to victory during the 1981 World Series. He ended his career playing for the Chicago Cubs and the Oakland Athletics. Cey was nicknamed “The Penguin” for his slow waddling running gait by his college coach, Chuck “Bobo” Brayton.

Ron Cey: With the Dodgers, third baseman Cey was part of an All-Star infield that included Steve Garvey (first baseman), Davey Lopes (second baseman), and Bill Russell (shortstop). The four infielders stayed together as the Dodgers’ starters for eight and a half years. He was named NL Player of the Month in April after helping the Dodgers to a fast start by batting .425 with 9 home runs and a major league record 29 RBIs for the month of April. The Dodgers won the Western Division title that season on their way to the National League pennant. 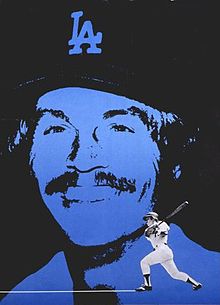 Cey continued to have productive seasons with the Dodgers, helping them to pennants. Cey provided veteran leadership for the Cubs over four seasons, helped lead the Cubs to the National League East Division title, hitting 25 homers and driving in 97 runs, both team highs.

Cey played in the World Series, helping the Dodgers to four straight victories after losing their first two games, including his return for the clinching Game 6 after being hit in the head by a wild Goose Gossage fastball, and helped off the field in Game 5. Cey was named co-MVP along with Steve Yeager and Pedro Guerrero, and won the annual Babe Ruth Award. He is still a part of the Dodgers organization and continues to make appearances on the team’s behalf.

“If you came into the locker room and said ‘Hi, how you doing, Penguin?’ and he gave you a grunt, you knew he liked you. We called him Mr. Personality. If he caught the ball, it was an out.

Book Ron Cey for your Event!