Dr. Dean Ornish is known for his lifestyle-driven approach to the control of coronary artery disease (CAD) and other chronic diseases.

He has directed a series of clinical research studies proving, for the first time, that comprehensive lifestyle changes could not only stop the progression of CAD, but could actually reverse it.

Dean Ornish recruited test subjects with pre-existing coronary artery disease. Not only did patients assigned to the above regimen fare better with respect to cardiac events than those who followed standard medical advice, their coronary atherosclerosis was somewhat reversed, as evidenced by decreased stenosis (narrowing) of the coronary arteries after one year of treatment.

This landmark discovery was notable because it had seemed physiologically implausible, and it suggested cheaper and safer therapies against cardiovascular disease than invasive procedures such as coronary artery bypass surgery, angioplasty, and stents.

Dr. Dean Ornish published research showing that comprehensive lifestyle changes affect gene expression in only three months, “turning on” disease-preventing genes and “turning off” genes that promote cancer and heart disease, as well as increasing telomerase, an enzyme that lengthens telomeres, the ends of human chromosomes which control aging.

He is the author of six best-selling books, including ‘Dr. Dean Ornish’s Program for Reversing Heart Disease; Eat More, Weigh Less; Love & Survival; as well as his most recent book, “The Spectrum.”

He has been a physician consultant to former President Bill Clinton, when Ornish was first asked by Hillary Rodham Clinton to consult with the chefs at The White House, Camp David, and Air Force One to cook more healthfully. In 2010, after the former President’s cardiac bypass grafts became clogged, Ornish met with him and encouraged him to follow a mostly plant-based diet, since moderate changes in diet were not sufficient to stop the progression of his heart disease, and he agreed.

Ornish has written a monthly column for Newsweek and Reader’s Digest magazines and is currently serving as the Medical Editor of The Huffington Post. A one-hour documentary of his work was broadcast on NOVA, the PBS science series, in addition to being featured on Bill Moyers’ PBS series, Healing & The Mind.

His work will be featured in a new documentary film about transforming the future of healthcare with patient-centered, integrative medicine, “A Tale of Two Systems: Following a Healthcare Revolution”.

He was appointed to The White House Commission on Complementary and Alternative Medicine Policy.

He has received several awards, including the Outstanding Young Alumnus Award; the University of California, Berkeley, “National Public Health Hero” award; the Jan J. Kellermann Memorial Award for distinguished contribution in the field of cardiovascular disease prevention from the International Academy of Cardiology; a Presidential Citation from the American Psychological Association; the Beckmann Medal from the German Society for Prevention and Rehabilitation of Cardiovascular Diseases; the “Pioneer in Integrative Medicine” award from California Pacific Medical Center; the Stanley Wallach Lectureship Award from the American College of Nutrition; the Golden Plate Award from the American Academy of Achievement; the Linus Pauling Award from the Institute for Functional Medicine; the Glenn Foundation Award for Research in Aging; the Bravewell Collaborative Pioneer of Integrative Medicine award; and the Sheila Kar Health Foundation Humanitarian Award from Cedars-Sinai Medical Center.

He has spoken at the White House, the Google Zeitgeist conference, as well as the Institute of Medicine’s first Summit on Integrative Medicine at the National Academy of Sciences. 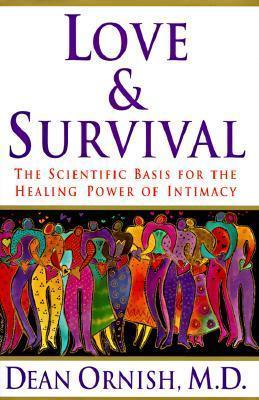