THE MARK OF A PERSON IS NOT FOUND IN HIS PAST, BUT HOW HE OVERCOMES ADVERSITY & BUILDS HIS FUTURE. QUITTING IS NOT AN OPTION.

Jason “Jay” Redman joined the Navy on September 11, 1992 and began his naval career, two years in the Navy working as an Intelligence Specialist working for and around Naval Special Warfare. He was accepted for Basic Underwater Demolition SEAL training. 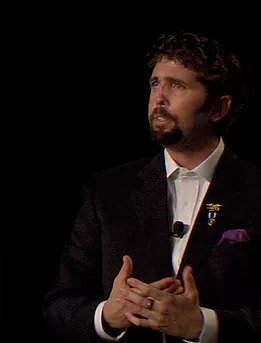 Jason set off on a whirlwind career, completing three deployments to South America where he conducted numerous Counter Drug missions throughout Colombia and Peru. December of 2000 to become an instructor for his SEAL Team’s Basic Land Warfare block of training.

In August of 2000, Petty Officer 1st Class Redman was one of fifty naval enlisted members selected for the prestigious Seaman to Admiral Program.

In May of 2006, he graduated from the grueling US Army Ranger Course of Instruction to further his tactical knowledge and increase his understanding of Joint Operations and Army mission planning.

On September 13, 2007 while acting as Assault Force Commander on an operation to capture an Al Qaeda High Value Individual LT Redman’s Assault Team came under heavy machine gun and small arms fire and he along with two other Teammates were wounded in the ensuing firefight. Despite being shot twice in the arm and once in the face, as well as multiple rounds to his helmet, Night Vision Goggles, body armor, and weapon, Jason and his Team fought valiantly winning the fight, ensuring everyone came home alive. 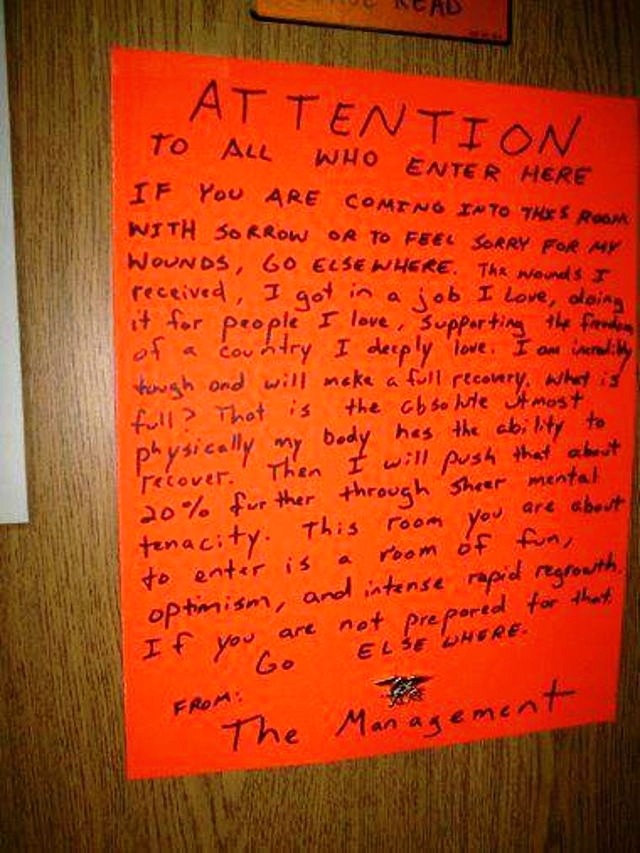 In August, while recovering at Bethesda Naval Medical Center, LT Redman wrote and hung a bright orange sign on his door, which became a statement and symbol for wounded warriors everywhere. This sign gained national recognition and earned LT Redman and his family an invitation to meet President George W. Bush in the Oval Office. The original sign on the door, signed by President Bush, now hangs in the Wounded Ward at the National Naval Medical Center Bethesda.

In July 2010, Jason joined three other wounded service members and reached the summit of Mount Rainier as a testament to wounded warriors and all Americans that there is no obstacle that cannot be overcome if you have the drive, the determination, and the tenacity to rise above.

In 2010, While still on active duty and recovering from his injuries, Redman founded the Wounded Wear™ clothing line and the Combat Wounded Coalition™, a Non-Profit organization which inspires combat wounded warriors to Overcome.  Redman served as the executive director of the organization for almost ten years.  The organization raised almost $3 Million and served thousands of wounded warriors.

In November of 2013, after 21 years of service, Redman retired from the Navy provides inspirational presentations on leadership, teamwork and overcoming adversity for businesses, first responders, sports teams, and government organizations.

Redman published the New York Times bestselling book, “The Trident: The Forging and Reforging of a Navy SEAL Leader”.  His book details lessons learned in leadership and overcoming adversity throughout his SEAL career while also discussing his combat deployments in Afghanistan and Iraq as well as his personal journey with his wife Erica and their three children.

He was a 2010 recipient of the Hope for the Warriors, Hope and Courage award. The Hampton Roads community and Wendy’s recognized him with their Military Hero award in 2013.

In 2014, Jason was awarded the 2013 Still Serving Veteran of the Year Award for the Hampton Roads area of Virginia.

In 2015 he was presented with the American Veteran Center – The Honors Paul Ray Smith Award and in 2016 he was recognized by Crown Royal as winner of the your hero’s name here naming rights contest for the Indianapolis Motor Speedway.

Jason was the first recipient in the history of the contest to decide not to name the race after themselves, instead naming the event after his non-profit, the Combat Wounded Coalition 400 at the Brickyard.

Today, Jason has expanded his programs with his focus on helping individuals, companies and teams from Life Ambushes.

Jason has appeared on numerous national news networks including Fox News, CBS, CNN, and CBN.  He has appeared frequently on Fox and Friends and the Huckabee show.