A victorious story is an inspiration to the millions of amputees throughout the world, & all who face physical or emotional trauma

Lenor Madruga was a beautiful young woman – model, radio personality, wife of a rancher, mother of two, and active citizen. On the morning of her thirty-second birthday, she discovered a hard lump in her groin and subsequently underwent a hemipelvectomy: removal of her left leg and hip.

Her victorious story is an inspiration not only to the millions of amputees throughout the world, but to all who face physical or emotional trauma.

Lenor first realized the enormity of the new world she was entering as an amputee when she went shopping for a leg. She thought that you could just walk into a prosthesis shop and walk out with a leg in your size. What she found when she tried to do just that, and what she did to get the “shapely” leg she wanted, will make you laugh, cry, and marvel.

Lenor provides one of the rare first-person accounts of phantom-limb pain – a pain so bizarre, insistent, and real she never really felt the shock of losing a limb – the “missing” leg hurt too much. She describes her insidious addiction to opiate painkillers, her doctor’s sharp words that made her quit “cold turkey,” and the courageous change of attitude that enabled her to adjust to the pain, although it has not changed to this day.

Lenor’s extraordinary energy, courage and sheer determination not to be left out of life have brought her back on her feet and back into a life that doctors and others thought was impossible for a hemipelvectomy patient. Today she does almost everything she used to do before her operation.

No Pollyanna, Lenor Madruga quietly lets us in on the down side, too – the moments of depression when she can’t ignore the loss, the lack of a whole body. But these moments only underscore her courage and strengthen her message: Life is full — there simply isn’t time for self-pity.

Lenor Madruga Chappell a speaker with Celebrities Against Cancer, a speaker at major fund-raising events including the National Easter Seal Telethon, and at hospitals and universities throughout America and Europe. Her lectures are in English, French, Spanish and Italian. The motivational lecture series offers hope and inspiration to anyone facing physical or emotional trauma. The series covers many topics…cancer survival, the feeling of loss, pain, drug addiction, and the ultimate victory of rediscovering life’s many blessings. The personal journey of Lenor’s battle with cancer will reveal how she faces adversity and later conquers it. This is a living testament to the remarkable human process of overcoming a major life setback.
Not only does Lenor offer wisdom and strength to those coming to terms with their own loss, but she offers us mere mortals a touchstone for raising teenagers, looking for meaningful work, and finding love.

If you’ve ever contemplated your memoirs don’t miss the opportunity to meet a truly unique individual for whom personal memoir became a transformation.

ONE STEP AT A TIME has been the bible for over twenty-one years to cancer patients, amputees, their families and prosthetists throughout the world.

How Lenor surmounts other crisis, ones that are too frequently faced by us “ordinary” people.

In spite of the tremendous physical loss, Lenor displays unparalleled, unprecedented, charismatic attitudes wherever she is. 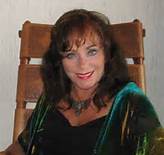