Not All Economic Disasters Are the Same : What Lessons from the Past Financial Crises Should be Applied to the Future

Robert J. Barro insights into the role of the government and private markets in the current recession, and the behavior of the Federal Reserve.

His views on the federal stimulus package, financial regulation, the troubles besetting the European Union, and the intensifying competition with Asia often appear in the Wall Street Journal, where he served as contributing editor, the Economist, Bloomberg, and Business Week, where he has been a viewpoint columnist.

Barro is a Professor of Economics, a senior fellow, a research associate, and a visiting scholar.

Professor Robert Barro one of the word’s foremost economists, is an influential thinker on fiscal stability and government policy for financial and business organizations.

The man who dared suggest higher taxes were the solution

“…Professor Robert Barro, one of the US’s leading economists, confesses that he’s in favour of the US imposing a federal sales tax, similar in its breath and scope to European VAT.” 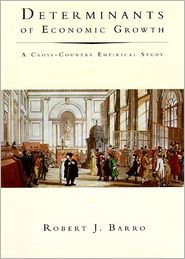 You may register as a Speaker or Entertainer: Registration Form
We welcome submissions of eNewsletter articles by Speakers: Submit Article