“Muscle Beach & The Springboard to the Worldwide Fitness Movement”

Steve Ford: Discover an exclusive location, “Muscle Beach” with Steve Ford, which was established in 1934 as a part of a beachfront movement of gymnasts, acrobats and many other talented athletes who converged on a small section of the Santa Monica coastline. The most famous outdoor gym in the world – and is now known as springboard of the Physical Fitness Movement of the 20th Century.

The second most famous beachfront gym arrived – the Venice Beach “Weight Pen” – which eventually became known as today’s “Muscle Beach Venice”. The history of Muscle Beach, with Steve Ford,  where you and your audience can learn genuine facts and first-hand history with some of the pioneers of the Muscle Beach movement!

Curator – Steve Ford: Growing up next to the beaches of Southern California, summers and sunsets on the sands of Santa Monica became Steve’s favorite memories. Even as the name ‘Muscle Beach’ seemed familiar to him, he found  “weightlifting” fascinating. Steve Ford was destined to encounter a contagious new “presentation” about the topic of bar-bells and fitness.

Seeing the iconic movie “Pumping Iron” left Steve intrigued with the idea of the gym and barbells as part of a new view of what physical culture represented. The movie revealed the power of technique, resistance training and persistence can combine to allow us to develop our human ‘frames’ to run faster and stronger.

Watching Pumping Iron was that a scene in the movie was filmed at an outdoor weightlifting platform located on the beach. Friends told Steve that the scene was ‘Muscle Beach’. Even as I was familiar with stories of how Muscle Beach was associated with Santa Monica’s beach and famed fitness stars, celebrities Jack LaLanne, Joe Gold, Vic Tanny, Chet Yorton, Vince Edwards, Jack Delinger, George Eifeman, Dave Draper, Larry Scott, Arnold Schwarzenegger, Danny Trejo, Stanley Tookie Williams and Steve Reeves.

The gymnasts that Steve spoke with next to the Santa Monica Pier were warm and patient in explaining to him that there used to be barbells and a platform right near the pier, but had been removed decades earlier. They said that if I wanted to see outdoor barbells and weightlifting, there was a similar site located two miles south on the beach in the Los Angeles community of Venice. Taking a walk to Venice Steve discovered the story of how Muscle Beach was somehow connected with the beaches of both Santa Monica and Venice.

Walking Into History with Steve Ford

Into the bohemian and off-beat setting of L.A.’s famed Venice Beach Strand, Steve found walking by open-air storefronts with fragrant incense smoke wafting into the air, as well as the classic street-scenes with jugglers and musicians performing mixed levels of talent.

Then, suddenly there was a point where the storefronts were more crowded with people, leaving Steve wondering if there had been some kind of incident. There had been; there it was — a small chain link fence surrounding a cement platform with a handful of weightlifters in a space just slightly larger than a two-car garage. It was the Weight-lifting Pit at the Venice Beach Recreation Center, a.k.a. “Muscle Beach”. For that moment, without knowing more of the true history of the one and only ‘Muscle Beach’ in Santa Monica, Steve was just glad to start this journey. After joining the Venice Beach weightlifting club and across the adventures of the years, he  discovered a hobby — physical fitness.

What started as a walk down the beach that day led to becoming the volunteer PR representative for both Muscle Beach Venice and eventually Muscle Beach in Santa Monica. Along the way, Steve discovered the fun and rewarding experience of oceanfront, open-air workouts and, eventually, and because of what he learned from Muscle Beach and the people in the body building sub-culture, he found himself becoming an amateur competitive bodybuilder lining up as a finalist in contests  at Muscle Beach Venice, CA – a sanctioned indoor body building competition/s.

Steve helped share images and history intended to help spotlight the remarkable and inspiring story and images of the single source of the pioneering legends of fitness and physical culture: the “original” Muscle Beach – Santa Monica, CA.

The weightlifting platform in Venice has inherited a legacy earned by athletes who performed for two decades prior to the existence of this second beachfront barbell training location, today’s “correctly titled” Muscle Beach Venice pays a noble tribute to the radiant legacy of the brilliant pioneers. 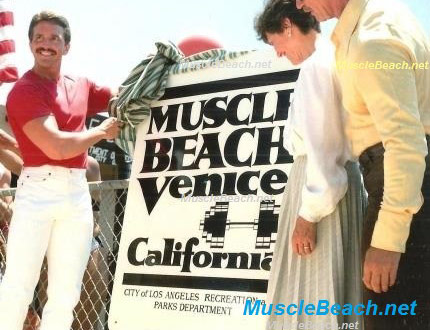 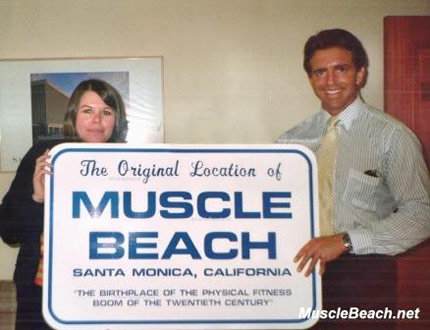 Book Steve Ford for your Event!

You may register as a Speaker or Entertainer: Registration Form
We welcome submissions of eNewsletter articles by Speakers: Submit Article